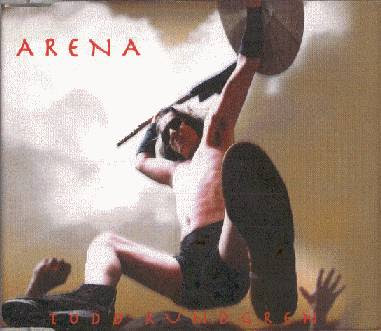 The first thing I listened to this morning, was Todd Rundgren's "Arena" album.
The album is from 2008 which means that Todd Rundgren was 60 years old when he recorded it.

"Arena" is a pretty straight-forward, heavy rock album. Todd Rundgren toys around with all the classical rock elements making the result something that you can easlily hum along.