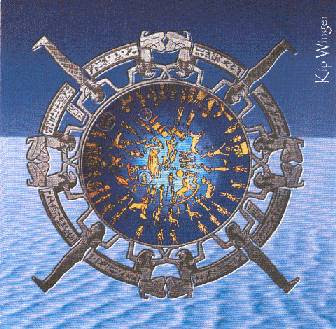 Kip Winger is the frontman of the band Winger. He has also a couple of solo albums out.
The first Winger album, from 1988 and self-titled, features Dweezil Zappa as special guest.

"Songs From The Ocean Floor" is Kip Winger's third solo album. It's from 2006 and it has Moon Zappa on vocals on 'Sure Was A Wildflower'.
Nice track. Nice album.