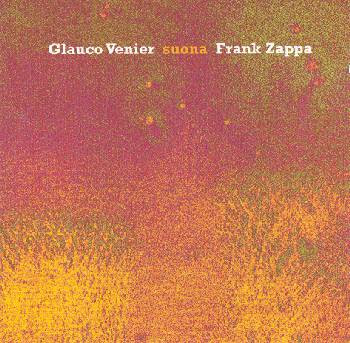 Italian composer, pianist and arranger Glauco Venier has performed Zappa tribute concerts on several occasions. He also performed at least once at one of the Italian Zappa Festivals that were organised by Debra Kadabra.

The above mentioned "Glauco Venier Suona Frank Zappa" got recorded in concert in Cavalicco (Udine), Italy, in 2005. It got released on the Music Center label in 2008.

The choice of compositions is rather impressive. It's not just Zappa's typical 'jazz' material, but it includes a couple of nice surprises as well.

Glauco Venier's 10-piece jazz band does a great job. You get top musicians playing fine arrangements with enough room for some excellent improvisations.

This is superb. If you're into Ed Palermo's approach, you'll love this!