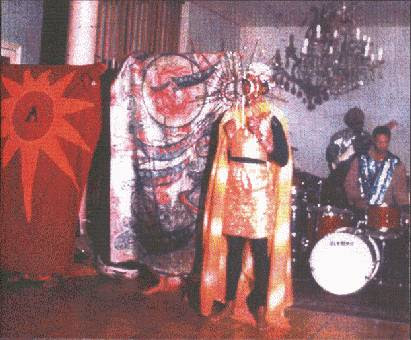 Somewhere in 2008, the Transparency label released two Sun Ra box sets. The first one was the Detroit Jazz Centre 28 CDR box, and the second one was the Horseshoe Tavern 10 CDR box.

Only 500 copies of the Horseshoe Tavern box were made. As they sold out, plans were made to re-release them as a factory-pressed CD box.
And that's exactly what I have lying in front of me: the beautiful factory-pressed re-issue of these three Toronto 1978 concerts.

Nice artwork, a beautiful box, and superb music. What else does one need? Just click on the above link and be amazed at the huge amount of music and familiar tunes that are included.

Here's a Sun Ra appearance on TV that'll show you what it's all about.