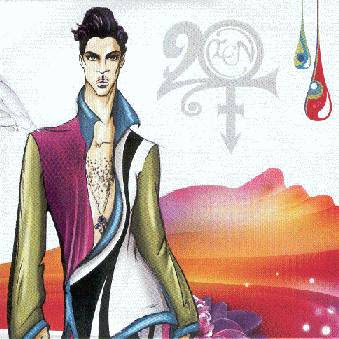 Prince? Yes, Prince.
I've been a fan for years.
Never saw him live, as I'm not someone who like to be in big crowds, but I have most of his albums...

Yesterday, Prince performed in Werchter. That's a little village in Belgium. A bit north of Brussels, in the neighbourhood of Mechelen and Leuven.
Without me.
I was more than satisfied with the new Prince album that was available for free for people who bought belgian newspaper Het Nieuwsblad or De Gentenaar.
Prince is doing this very same stunt all over Europe, so check your newspapershop.