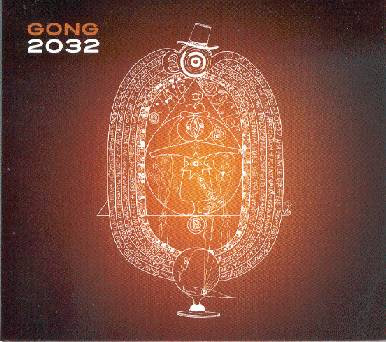 The saga goes as follows:
Gong is an invisible planet in our solar system, inhabited by the so-called Octave Doctors. These Octave Doctors visited planet earth in the late sixties and while most of them left, a couple of Octave Doctors stayed behind to study mankind.
In 2032, the planet Gong will reveal itself.
The Octave Doctors are prepared to help mankind, but this will only happen if mankind will recognise the peaceful intentions of these visitors.

"2032" is a very impressive album. More rock than space-rock, it will take you on a fine journey.
A beautiful way to celebrate 40 years of Gong. Let's hope that the band is still around in 2032.

Saturday, August 14, 2010, Daevid Allen will be on the main stage at the Zappanale festival with his University Of Errors project.