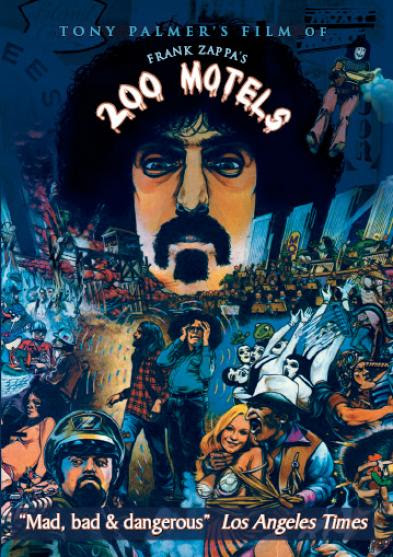 We've all seen this movie as it got released on VHS video years and years ago.
And now, here's the high quality DVD version.

"200 Motels" got shot in 1971 and featured Zappa and The Mothers Of Invention plus Ringo Starr and Keith Moon, to drop just two names. Now that I think of it, Zappa always had this thing for drummers...

Anyway, "200 Motels" is a milestone in Zappa's career. I'm not too big a fan of the vaudeville aspect and the on-the-road stories, as you cannot keep on laughing with it, but the music is fabulous. It's Zappa at his best.

This DVD offers two versions of the movie: one with the standard soundtrack, and one that has a Tony Palmer interview and comments on top of it.
Excellent stuff.