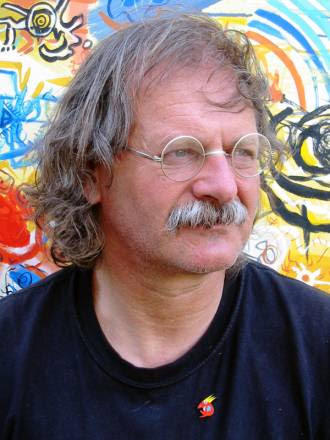 In 2000, he released an art box entitled "I'm The Indian Of The Group". The box included a pair of drum sticks (signed by Jimmy Carl Black, a CD-Rom with a.o. 4 songs and an interview with Jimmy Carl Black, 10 silkscreen prints (by Helmut King), and a letter by Urban Gwerder.
The box and all of the artwork were a part of last year's Jimmy Carl Black exhibition in Bad Doberan, as part of the Zappanale festival.

Helmut King's artwork has been used for album sleeves for The Grandmothers, for Black, Estrada & Pini., and others...
Geplaatst door UniMuta op 12:16 PM