German band Sheik Yerbouti was on of the top acts of the latest Zappanale. They played an acoustic set in Hamburg (with Napoleon Murphy Brock), and played an incredible, astonishing electric set in Bad Doberan a couple of days later.

The show got recorded, and a DVDR-video was made available at the festival in a very limited quantity of 20 copies. 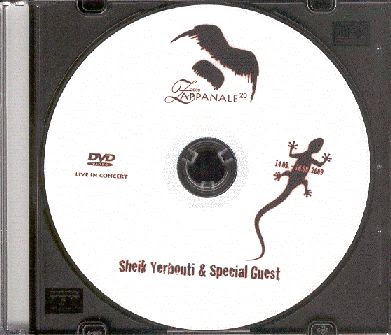 The concert featured special guests Napoleon Murphy Brock, Robert Martin and Denny Walley, and I'm convinced that they had a good time as well.
The good news (for those who weren't able to find this little gem) is that the Zappateers are seeding a slightly enhanced version of this recording. They've taken the above mentioned video footage and added the audio from an excellent audience audio recording.