RONNIE BOYKINS - THE WILL COME, IS NOW 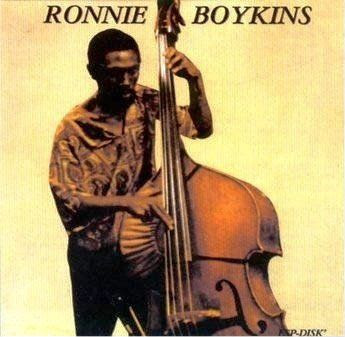 Ronnie Boykins played the bass in the Sun Ra Arkestra.

He also worked with Marion Brown, Bill Barron, Rahsaan Roland Kirk and Steve Lacy to name a few. He even played mainstream music with Mary Lou Williams, and the blues with Muddy Waters.

Boykins went on to lead the Free Jazz Society and then went into the Melodic Art-Tet.
When Bernard Stollman asked him to record for ESP in 1964, Boykins said that he was not ready. Eleven years later, in 1975, he was.

You might get some samples of what the original album sounded like over here:
http://katonah-privatepress.blogspot.com/2008/09/ronnie-boykins.html
Geplaatst door UniMuta op 9:50 AM