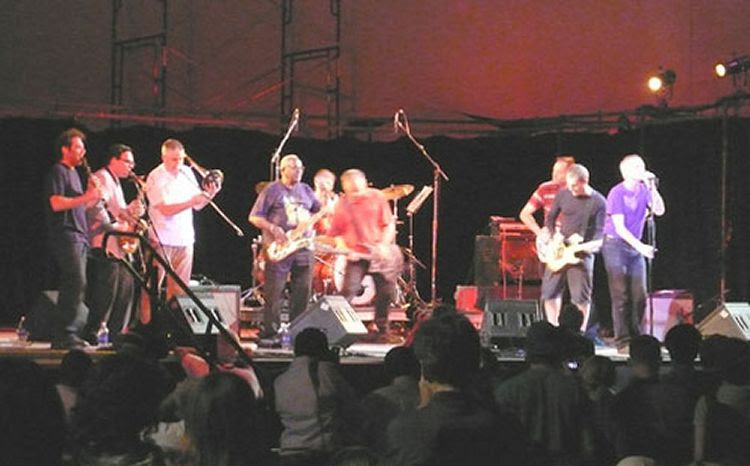 plus guests (hey look, that's joost buis on the trombone...)

"After their start in 1979 The Ex developed over the years into a melting-pot of divergent musical styles: noise, rock, jazz, improvisation, and ethnic music have been interweaved under one unique umbrella: 'Ex-music'. Discordant, highly rhythmic guitars, the rolling, almost African drumming style, and the furious delivery of the often sarcastic lyrics give the music of The Ex its special character."

In 2002, the band did a couple of concerts as "The Ex Orkest" during which they performed Don Van Vliet's 'Suction Prints'.
At least two FM recordings of these concerts circulate. Check out DimeADozen.
Geplaatst door UniMuta op 9:56 AM