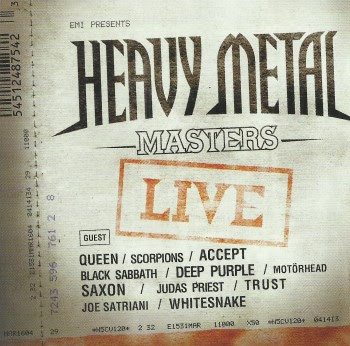 Another nice find.
This 3CD set (from 2004) is in fact a 2CD compilation album plus a bonus CD which probably also is the reason why it is housed in a 2CD jewel case ?!?
Anyway, the bonus disc includes G3 (Joe Satriani, Steve Vai and Eric Johnson, plus Mike Keneally in the backing band) performing FZ's 'My Guitar Wants To Kill Your Mama'.
Taken from the 1997 G3 "Live In Concert" album.