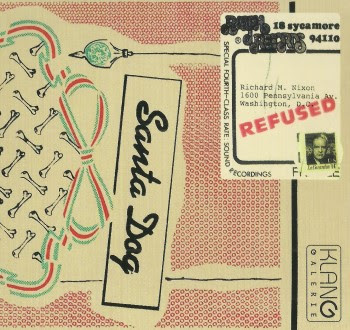 The Residents' Ralph America record label released "Refused" in 1999 in a limited edition of 333 copies. It was a collection of Santa Dogs.
Klanggalerie has re-released this album and has added a couple of extra Santa Dogs to a total of 18.

Essential. Especially if you want to survive Xmas.

Love the artwork. It's the Santa Dog 7" that was returned as "Refused" by Richard Nixon.