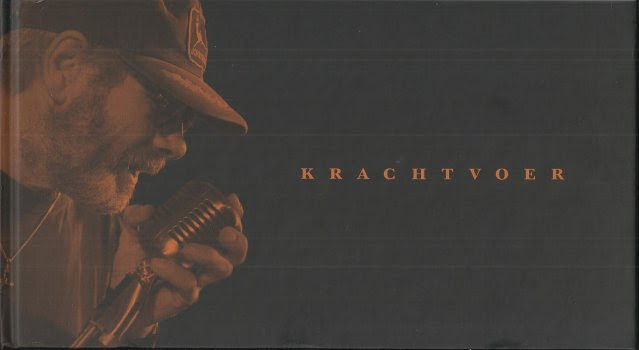 "Krachtvoer" (powerful food) is a book about / is a tribute to Dirk van der Pijl.
The late Dirk van der Pijl was an inspiring musician and person. In 2008 a couple of his closest friends decided to publish a book as a tribute. This book includes two CD's, beautifully incorportated in the inside of the back cover. As Dirk was the lead singer for White Beans and as White Beans had done a couple of Frank Zappa shows, both of the discs have a couple of tracks of the White Beans performing Zappa.
A couple of these tracks have been previously available on a couple of White Beans albums, but another three Zappa tunes are unique to this release.

A beautiful tribute. Both to Dirk van der Pijl and to his affection for the music of Frank Zappa.

The book is available from :
http://www.wimrijnsburger.nl/cds/

The United Mutations entry on the White Beans:
http://www.united-mutations.com/w/white_beans.htm