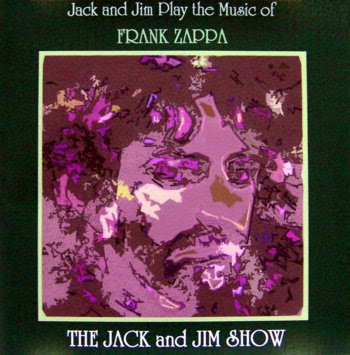 Jack and Jim, better known in real life as Eugene Chadbourne and Jimmy Carl Black, toured Europe in 2003. They included a lot of Zappa material in their setlists, a lot of which can be enjoyed in the various recordings that the both of them released afterwards.
"Jack and Jim Play the Music of Frank Zappa" was a compilation album, combining Zappa compositions from various earlier releases.
Unfortunately, I don't have a copy of this album myself, but Spencer was kind enough to send me a picture (that he had found on Jimmy Carl Black's website).
If my memory serves me right, Jack and Jim released their "Play The Music Of Captain Beefheart" around the same time. Another 'compilation' that I skipped at the time.