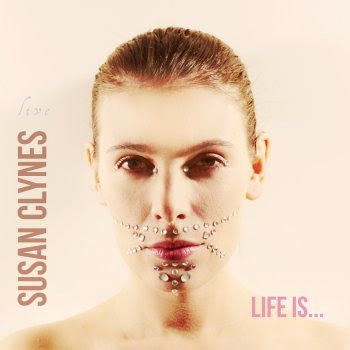 Susan also participated to the CD-release-concert in Liège. A nice surprise. And she did a great job.

The tracks on "Life Is..." were collected from three live performances. Besides Susan Clynes (vocals and piano), the first of these concerts featured Nico Chkifi (drums) and Pierre Mottet (bass); the second one was a solo gig, and the third one featured Simon Lenski (cello) of DAAU (Die Anarchistische Abundunterhaltung).
In all, a fine mixture of endearing compositions, presenting a new and beautiful voice in the musical landscape.