March 31, 2014, the Banned From Utopia performed at the sold-out 'De Singer' in Rijkevorsel, Belgium.
Rijkevorsel is only about 20 minutes from my home, so they played in my back-yard, so to speak.

The whole event was quite remarkable. Some five weeks before the actual gig, I received a message from Walter, the band's tour manager. A free date had come up, and he wanted to know if there were any possibilities left in Belgium.
Possibilities? With five weeks to get everything arranged? Slim chance.

Nothing ventured, nothing gained. So I got Walter in contact with my favourite jazz club: 'De Singer' in Rijkevorsel.
Coincidence or not, but there were things in our favor.
'De Singer' had The Muze Jazz Orchestra perfoming the music of Frank Zappa on February 28. So if they were to go along, they could announce the BFU during the MJO gig. How's that for a target audience? And there was the Arf Arf Arf! festival in 'De Singel' in Antwerp, early March. Another possibility to notify the possibly interested.

So when Tom and Luc announced the Banned From Utopia gig on February 28, just before the MJO concert, the ball got rolling.
Wegé drew and designed the flyer and poster, Luk Van Soom promised to put up some Zappa-related artwork, and the three of us vowed to flyer in Antwerp (and in Tilburg and in Sint Niklaas). 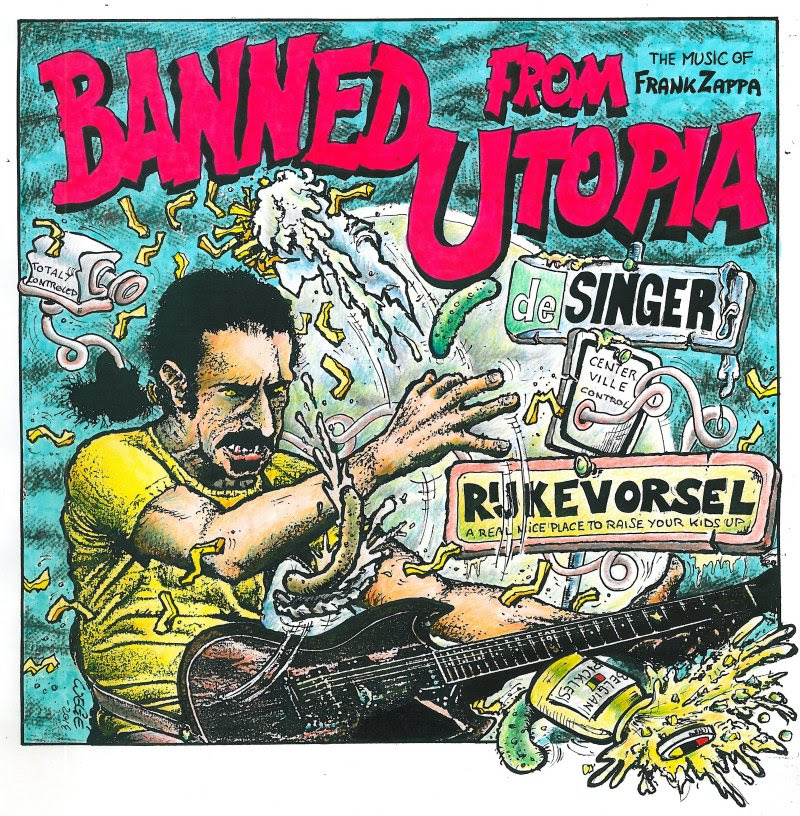 Fast forward to Monday March 31.
With two boxes marked "Chad Wackerman" in the car, I drove off to the BFU soundcheck.
At 'De Singer', I shook hands with my heroes, offered Chad's boxes, and had a cup of coffee while everyone was setting up and checking their gear.
Not much happened, but it was quite enjoyabe.
Chatting with Ray did show that he had some sort of a cold. He had a sore throat and was coughing too much to be healthy.
Too bad.

Luk Van Soom's artwork looked quite surreal.
Eyecatcher number one was his Zappa sarcophagus. Here's a picture of the inside of the sarcophagus. Yes, it's the inside, although it does look as if Zappa's face is popping out of it... 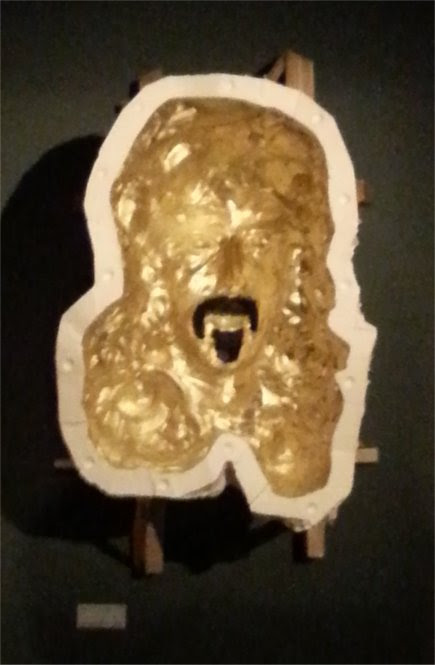 The concert itself was fine.
The Banned played an impressive set. Ray kept his vocal work to the minimum and they even changed the setlist to indulge him.
The soundman, however, was a disaster. Ed Mann's marimba was way too loud in the mix for the first part of the show, and only Robert's vocals were audible.
A pity.
But still, quite an enjoyable show.

Here's a fine picture by Martine Goetschalckx to show you what it looked like.