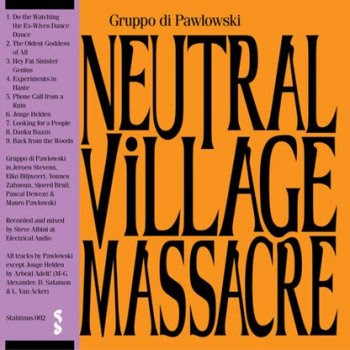 Experimental and exhilarating.
Exaclty my cup of tea.

The below snippet has Gruppo Di Pawlowski performing at the Studio Brussel radio station.
They're bringing 'Jonge Helden', originally by Arbeid Adelt!