WHO ARE THE BRAIN POLICE?

Founded in 1967 in San Diego, The Brain Police played many concerts in the San Diego area and even went on tour with Steppenwolf.
In 1968, they did some recordings at the Fanfare studio, of which only a handful of testpressings survived. Shortly thereafter, the band disbanded. 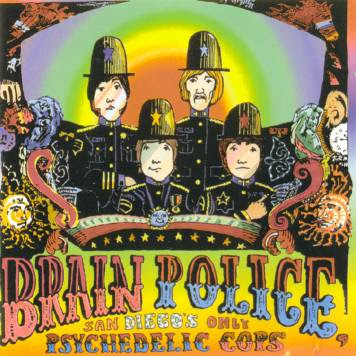 In 2000, Normal Records re-released the testpressing, with extra tracks that had surfaced.
The above picture shows the CD cover of this reissue.
The band did record a track called 'Oh No', but this was an original composition.

And now, the Spanish Guerssen Records label is reissuing the album on vinyl.