THE RESIDENTS - POSTCARDS FROM PATMOS 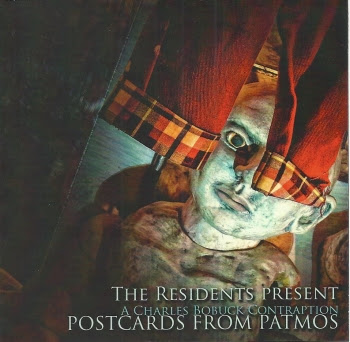 This week's new Residents album is called "Postcards From Patmos".

"This music was used as pre-show music for The Bunny Boy tour. It is taken from the music that was used in creating the score for The Residents' BUNNY BOY video internet series in 2008. The music is darkly abstract. Charles Bobuck, composer for The Residents, indulges himself in sonic dissonance, in the very best of ways."

CDR-on-demand. It looks great and sounds even better.