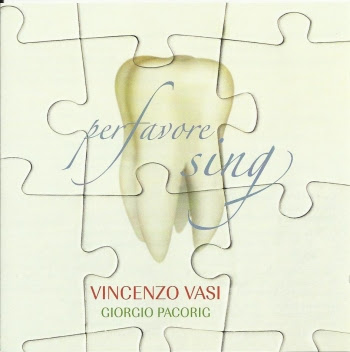 "Pervavore Sing" is a music project commisioned by AngelicA. It was premiered at the AngelicA international music festival in Bologna, Italy on May 21, 2009.
The album includes Frank Zappa's 'It Just Might Be A One-Shot Deal' and The Residents' 'Hell No' as performed by Vincenzo Vasi and Giorgio Pacorig.

Do I like it?
Well, yes and no. I do like the avant-garde & jazz approach and their coverversions sound great. It's just that the entire album is a bit too much of the same.
Geplaatst door UniMuta op 4:42 AM