DWEEZIL ZAPPA - RETURN OF THE SON OF... 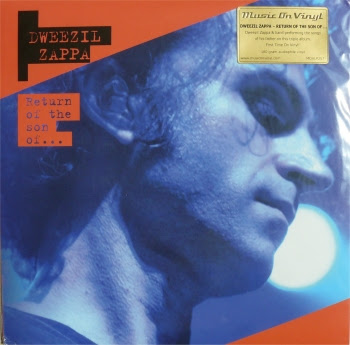 "Return Of The Son Of..." got released in 2010 as a 2CD set.
The same album got a vinyl re-release as a 3LP set in 2011.
Same tracks, all Frank Zappa compositions taken from the Zappa Plays Zappa tour, but put in a different package.
Data have been added to the United Mutations Archives.
Geplaatst door UniMuta op 4:54 AM