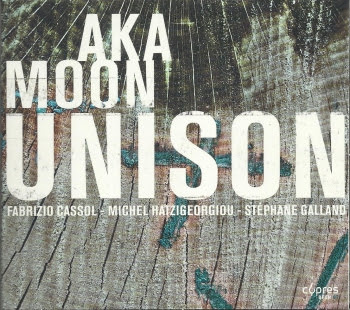 Aka Moon celebrated their 20th anniversary by releasing a new album. Number 17 if I'm correct and it's entitled "Unison". The band has performed and recorded succesfully with musicians from all over the world. With "Unison", the band returns to their original setting: the trio.

Aka Moon has a very distinct sound. And it's not just what they play, but also how they play it. They're a trio, but they play as one. The album title is quite appropriate.
If you're in to nice melodies, fine improvisations and superb musicianship, you need to hear this.
Here's a interview & some musical snippets.