AKA MOON AT DE CASINO

Thursday, April 26, Aka Moon did a concert at 'De Casino' in Sint Niklaas, Belgium.
I had been blown away by their gig at jazz club De Singer in Rijkevorsel a couple of days earlier, so I just had to give it another go in Sint Niklaas.
Let me start by saying that the setting was a real treat. Friendly people, nice chairs, a fine sound (although the bass could have used a bit of extra amplification) and a beautiful (and gigantic) chandelier !! 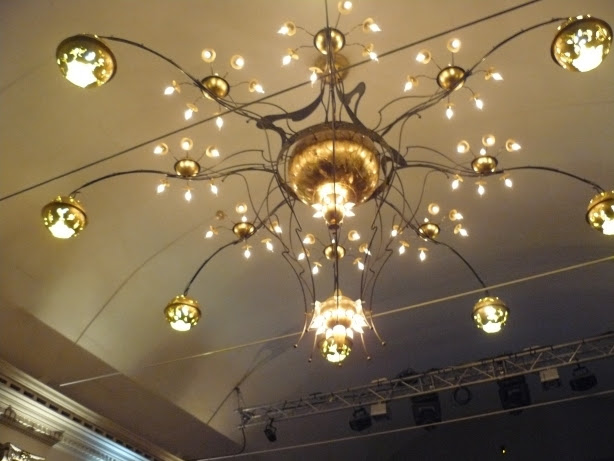 Aka Moon was in fine shape and played a similar set to the Rijkevorsel gig. Again, very energetic, very powerful, and also very interactive.
One of the highlights of the evening had Michel Hatzigeorgiou playing a stunning solo piece.
I loved it and I wasn't the only one.
There were a lot of younger people in the audience (or maybe I'm getting older), and it was nice to see how they appreciated it all.

Pictures of the concert can be found at the 'De Casino' website:
http://www.decasino.be/concertfotos-aka-moon/