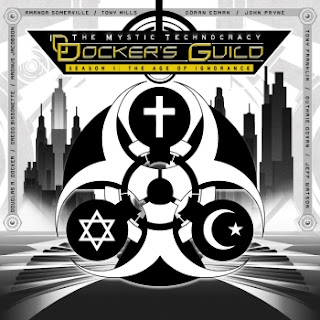 Here's something that you don't hear that often: Douglas R. Docker wrote a rock opera in five parts. Part one, or season one as it's called, is about to get released on the Lion Music record label.

As you might guess by the cover, the opera itself is a science fiction story. It's about all the wars and murders that people have comitted in the name of their God.
It's not a story against religion as such, but more about the madness of fundamental, dogmatic views.


Fans of keyboard-oriented OAR need to check this out.