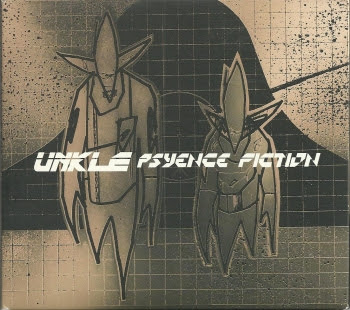 I had heard of U.N.K.L.E.'s Sun Ra tribute, "The Time Has Come", but I didn't know that he used a Zappa sample in 'Guns Blazing (Drums of Death Pt. 1)' and in 'The Knock (Drums of Death Pt. 2)' on his "Psyence Fiction" album. Cuts and scratches for both tracks were delivered by DJ Shadow, who has used Zappa samples in his albums previously.