Graphic artist and sculptor Helmut King has produced a number of Zappa inspired works. His artwork has been used for album sleeves by The Grandmothers, by B.E.P., and by Jimmy Carl Black, to name a few.

'Theater Kosmos' in Bregenz, Austria is having an Helmut King expo at this very moment. It will last until June 10 and it includes his famous Cigarette Box People and his Plane Sculptures. 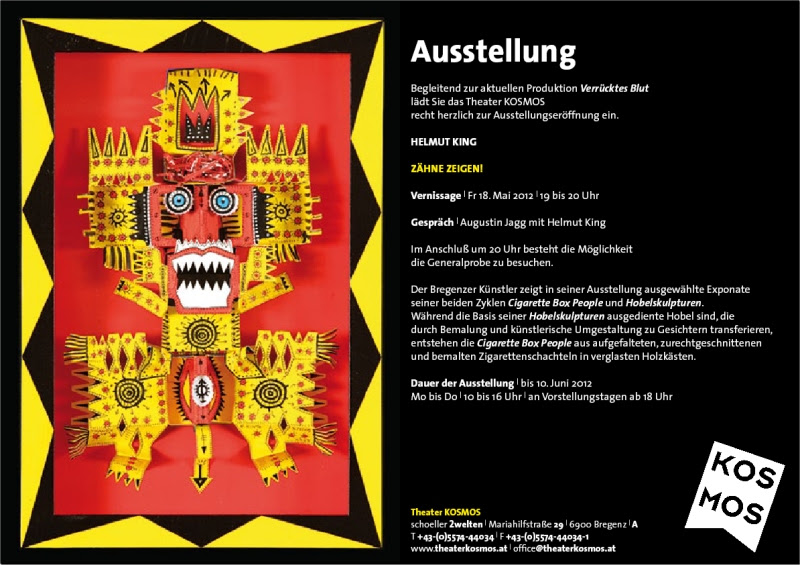