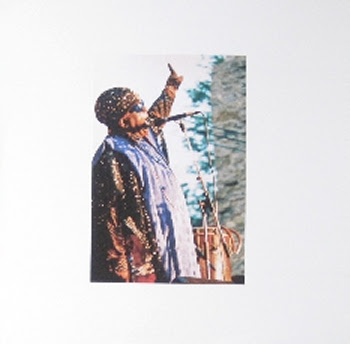 "Live At The Squat Theatre" is a brand-new Sun Ra release. It's a limited edition of 99 copies, and it has been released on fluo orange vinyl only.