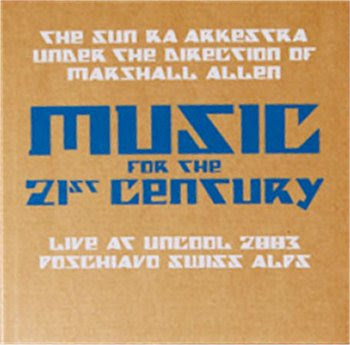 Recorded in 2003 in Switzerland and released on CD later the same year, a video recording got released by the Uncool society (who organised the festival) in 2006.

7" in size, the regular edition is blue and white printed on gold.
There's also a limited (100 copies) silk-screened edition (blue and white on cardboard).

The last track is different from the CD release.
It's called 'In-B-Tween' and features singers from Tuva.