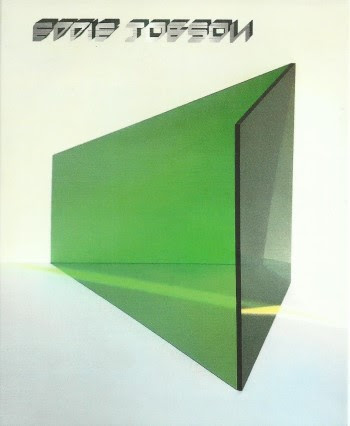 The Green Album/Theme of Secrets contains two of Eddie Jobson’s most highly sought after solo albums.
The critically acclaimed Green Album, with studio band Zinc (and guest Gentle Giant’s Gary Green), was originally released in 1983 and represented a creative updating of Jobson’s unique Progressive Rock vision. Theme of Secrets - from 1985 - was a groundbreaking electronic music album performed entirely on the Synclavier Music Computer.
All tracks have been remastered for this special 3-disc 2CD and high-fidelity blu-ray audio re-release (24bit/96k stereo).

Eddie Jobson has recorded and performed with Frank Zappa, Roxy Music, U.K., and Jethro Tull. He also recorded two solo albums. The first one as Zinc, the second one as Eddie Jobson.
Both albums have now been remastered and re-released by Globe Music.
Beautiful package and the albums sound superb. (the CD's, that is. Haven't checked the blu-ray).