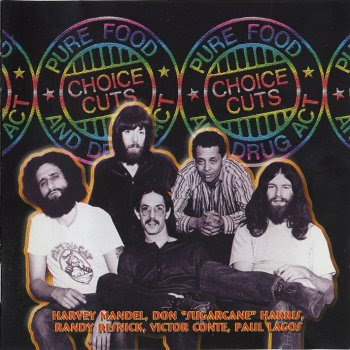 Although he can also be heard on at least four or five Zappa albums,.Don 'Sugarcane' Harris is most famous for his contribution to Frank Zappa's "Hot Rats".

Pure Food And Drug Act was a blues-rock project by Harvey Mandel and Don 'Sugarcane' Harris that happened in the early seventies.
They released one album, "Choice Cuts", in 1972.
Those who want to check out the PureFood And Drug Act "Choice Cuts" album, can find the album here :
http://madshoesmusicology.blogspot.be/2017/11/pure-food-drugs-act-choice-cuts-1972.html