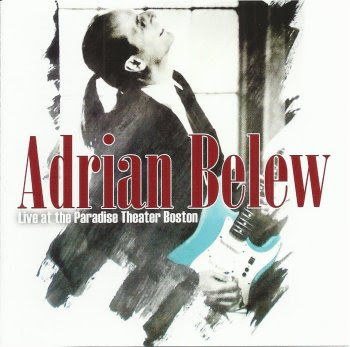 This is a recording of the radio broadcast of the July 18, 1989 concert at 'The Paradise Theater' in Boston.
Originally broadcast on WBCN-FM radio.
Semi-official release.

Featuring Mike Hodges on drums and Rick Fox on keyboards, plus Adrian Belew on guitar and vocals.
The recording sounds pretty good and the show is superb !!