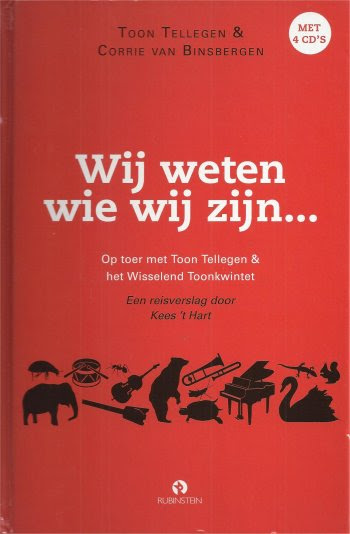 Toon Tellegen writes children's books. Short stories about the wonderful world of humanlike animals: about a grasshopper who runs a shop, or about an ant that goes on a journey.
His work is also appreciated a lot by adults (like me!) as most of his stories have bizarre twists and a moral or even philosophical depht.

About 10 years ago, Corrie van Binsbergen started her "Writers In Concert" series. Writers would read from their work while Corrie (and her band) provided the lecture with a soundtrack. The series kicked off with Toon Tellegen.