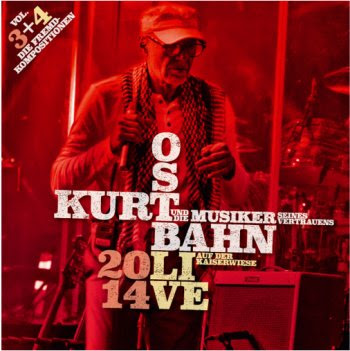 In 1992, Ostbahn-Kurti released a Austrian version of Frank Zappa's 'Bobby Brown', entitled 'Bertl Braun' on his "A Blede Geschicht" album.
Earlier this year Kurt / Kurti released a live version of his rendition of the FZ composition.
It's on his "2014 Live" album, subtitled "Vol. 3 + 4".
The set presents live renditions of various rock classics that got performed by Kurt Ostbahn and his friends. It's the sequal to "Vol. 1 + 2", a release with all original material.

Also available as a 2LP set.