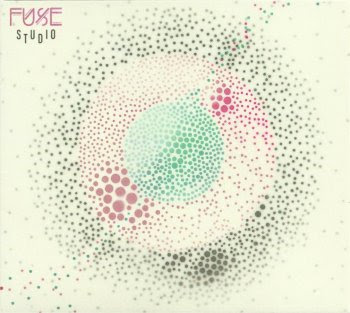 Yesterday, I went to see Fuse in concert in Mol, BE.
I don't know if I mentioned them before, but Fuse is a Dutch ensemble that has been getting a bit of exposure on Dutch national TV as they have contributed (are contributing?) to journalist and tv-host Paul Witteman's shows.
The Fuse sextet (string quartet + double bass + drums/percussion) has a brand-new album out on which they recorded Frank Zappa's 'Echidna's Arf (Of You) as well as a composition especially written for them by Tom Trapp. Tom Trapp, as you might recall, is a composer and arranger who has worked with Co de Kloet and with The Metropole Orkest (with Steve Vai and with Napoleon Murhphy Brock) and who has lots of other links to the Zappa Universe.
Reason enough to catch them in concert and to get their album.

Fuse at 't Getouw in Mol, BE (picture by Inge Swannet)

Yesterday, Fuse performed at ' 't Getouw' for about forty people. An impressive show. Two sets. They performed pieces by Ravel, Bartók, Chick Corea, Dave Brubeck and others, plus Frank Zappa's 'Echidna's Arf (Of You)'.
Too bad that didn't do Tom Trapp's piece.