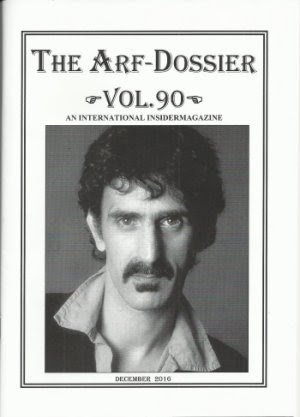 German Frank Zappa fanzine The Arf-Dossier has hit number 90.
And I guess that it's of a celebration because it has been a while since such an amount of new material saw the light of day.
Issue number 90 has reviews of "The Crux Of The Biscuit", "Eat That Question", "Light Meat", "Chicago '78" and "Little Dots".
There was a seperate letter enclosed about Dweezil Zappa's upcoming appearance at Zappanale.