MORGAN AGREN - THROUGH THE EYES OF A MORGCHESTRA 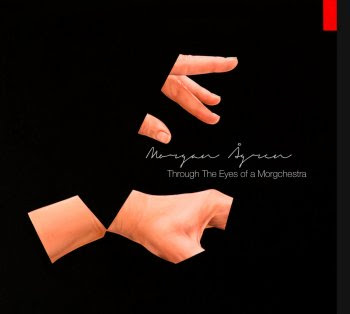 While waiting for that, I decided to release this Morgchestra CD, which is partly a MIDI-programmed version of the music that will be performed by the real orchestra in October. I began composing for this project late 2015.

As I reached the end of the composing phase, I realized that I had a version of the music mixed and ready that can stand on its own for a release! Few things beat the sound of a real orchestra, but the options that you get when working with MIDI can be interesting, too. Programmed music even has its own special benefits! I added some of my favorite musicians to this Morgchestra as well, real violins and woodwinds etc, so now I am even more happy with the result!

We will record the big symphony orchestra too, of course, and I hope I can release that during 2017.
Hope you like the Morgchestra version in the meantime!

Do I like this? I love it!!
This is so beautiful.
I'm famililiar with Morgan's compositions as recorded and performed by the Mats/Morgan band and I also know and like his "Batterie Deluxe" album, but this "Through The Eyes Of A Morgchestra"music made my jaws drop.
Stripped of the rock sound and of Morgan's fierce drumming, the focus completely shifts towards the compositions itself.
"Through The Eyes Of A Morgchestra" presents 10 astonishing pieces of music: zappa-esque melodies and rhythms, contemporary classical sounds, experimental and electronical tones,... It's all there. Gorgeous.