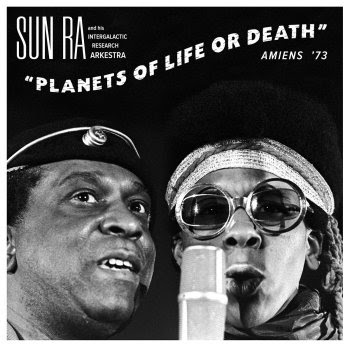 Sun Ra passed away in 1993 but his legacy is kept alive by releases by various record labels.
Last year's Record Story Day saw the release of the concert that Sun Ra and his Intergalactic Research Arkestra did in Amiens, France, in 1973. On vinyl. In a limited edition of 1000 copies. But Strut also made the recordings available on CD.

The recording is a fine example of what The Arkestra sounded like a couple of years after their return to Chicago (in 1968): original Sun Ra compositions but with long percussive excursions and wild / free jazz improvisations.