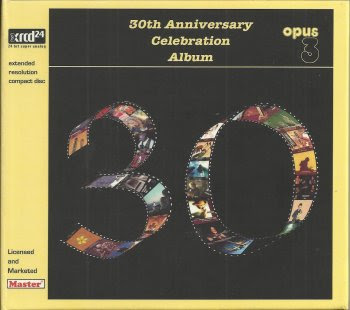 Originally released in 2006 in Sweden by the Opus 3 record label, this sampler displays some of the artists that are part of the Opus 3 catalogue.
Re-issued in Japan in 2007. As a xrcd 24 bit super analog release.
It includes The Omnibus Wind Ensemble performing FZ's 'Sinister Footwear, 2nd Movement', from the 1995 "Music By Frank Zappa" album.