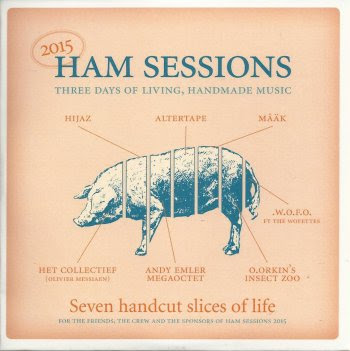 The third (and latest) release that focusses on the Ham Sessions festival.
This time, it's the 2015 edition that gets put into the spotlight.
There's one piece by every participating band on this album. All recorded during the Ham Sessions 2015 festival.
O.Orkin's Insect Zoo, W.O.F.O., Het Collectief, Andy Emler MegaOctet, Hijaz, Altertape, and Mâäk.

A superb introduction to what's happening in Belgium, jazzwise.