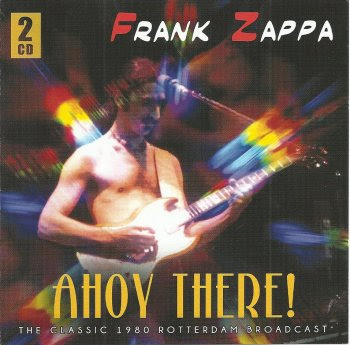 The more that I think about it, the more that it makes sense :
The Zappa Family Trust should start a series called "Radio Tapes". It should be something like the Rhino Beat The Boots series, but with the original tapes as a source. The original tapes that got broadcast, that is.
"Ahoy There" presents the superb 1980/05/24 Rotterdam concert as broadcast by Dutch radio. I can't imagine that Co de Kloet wouldn't be happy to supply the original tapes to the ZFT to produce an official album.

As long as that doesn't  happen, there will alway be rather obscure record labels (read: Refract) that will be issuing these 'semi-official' albums...