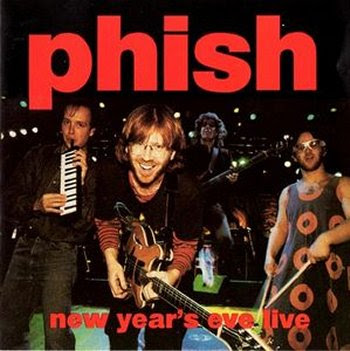 I bought this bootleg CD because the band played Zappa's 'Peaches En Regalia' during the concert.
As always, I'm rather curious to hear the rest of the album. Why does an artist play a Zappa tune? Does it fit in the album / concert? Are there more links or references to be found? ...

"New Year's Eve Live" is a very good example of the reason why I try to listen to bands that play Zappa. This is superb.
Incredible that the band never released this themselves.

Here's 'Stash', one of the top songs of the new year's eve 1993 concert, performed one year later in New York.