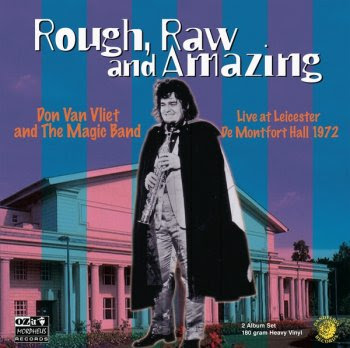 April 18, as part of Record Store Day 2015, Ozit / Morpheus released another Captain Beefheart album. The 2LP set was entitled "Rough, Raw and Amazing" and offers a recording of a 1972 concert. Unfortunately, the recording is of ridiculously awful quality.
This limited, numbered edition (of 1500 copies) got released on yellow semi-translucent vinyl.

For a reason that you can imagine, Ozit / Morpheus is now re-releasing "Rough, Raw And Amazing" on yellow and on blue vinyl.
Got to keep the collectors happy...