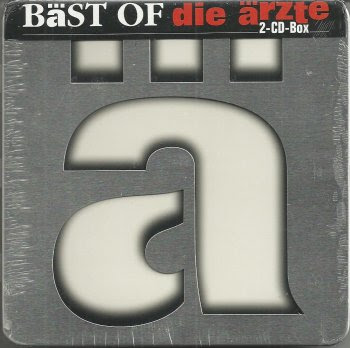 German band Die Ärzte recorded Frank Zappa's 'Stick It Out / What's The Ugliest Part Of Your Body' in 1994 and released it on their "Friedenspanzer" EP during the same year.
During the following years, the track found its way to various compiliations and samplers, one of them being this 2CD set from 2006.
Presented in a metal box !