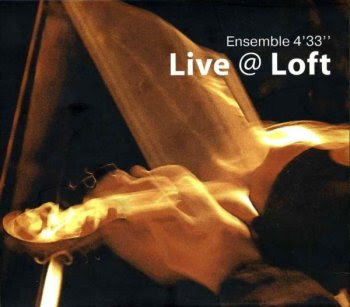 In 2005, the Russian Solyd Records label released "Live @ Loft", an album by Alexei Aigui's Ensemble 4'33".
Next to the regular audio CD release, the label also issued a limited edition of 1000 numbered copies of the album with a bonus DVD.

The DVD includes Ensemble 4"33' performance of Frank Zappa's 'The Sheik Yerbouti Tango'. Before the ensemble performed this piece, Dietmar Bonnen (piano) explained that, apparently, the concert had been advertised in a couple of newspapers as a Zappa tribute concert. He added that the ensemble had done a Zappa tribute concert one year earlier and that the newspapers had made a mistake. As an intermediate solution, the ensemble would, however, perform 'The Sheik Yerbouti Tango'.