I love comic books. I started with Donald Duck some 43 years ago; switched to super heroes around the age of ten, and continued with the classic Flemish, Belgian and French comics while growing up.
Just in case that you want to know, my most recent purchase, was the Dutch translation of a couple of Fantagraphics novels by Dave Cooper.
Anyway, all this to say that I love comic books. One of the things that I like best are the little references that certain artists put in their in work. References that only a small number of people might get.

Marc Sleen is a Flemish comic book artist, best known for the series "Nero" that appeared in Belgian newspapers and albums for years. Marc Sleen's work is full of these little references. I was once told that some of the number plates of the cars in his comic books are actually phone numbers of his friends...

In "De Zwarte Toren" (1983), one of the characters (Jan Spier) gets mugged.
One of the villains does look a lot like Frank Zappa... 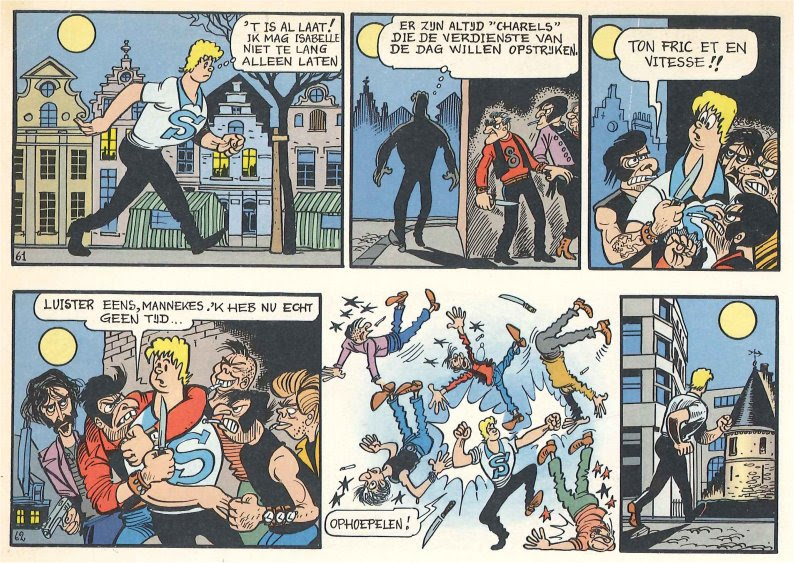 Frank Zappa also appeared in "Nero no.95: Het Beest Zonder Naam". The character looks like Zappa and is called Professor Doctor Zappadopolis, but as he says to main character Nero: "But you can call me Doctor Zappa."

Comic book published by the Standaard Uitgeverij in 1985. 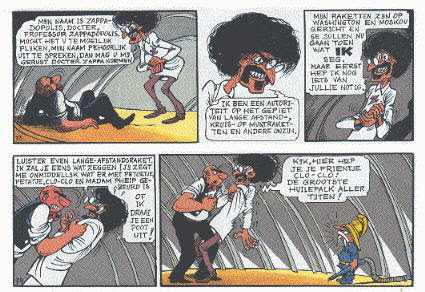