THE DEVIANTS - THIS CD IS CONDEMNED 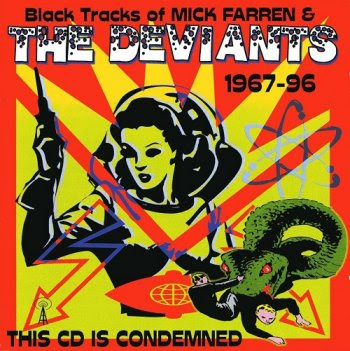 I got the Mick Farren and the Deviants releases mixed up in yesterday's newsflash. Mick Farren recorded FZ's 'Trouble Every Day' in 1978 for his "Vampires Stole My Lunch Money" album.
The Deviants released 'Trouble Every Day' in 1984 on their "Human Garbage" album.
It can also be found on the "On Your Knees Earthlings" sampler that got released in 2001.

One year earlier, in 2000, the Total Energy label had already released another Deviants' sampler.
Again, a powerful set of songs, with stunning artwork.