THE DEVIANTS - ON YOUR KNEES EARTHLINGS !!! 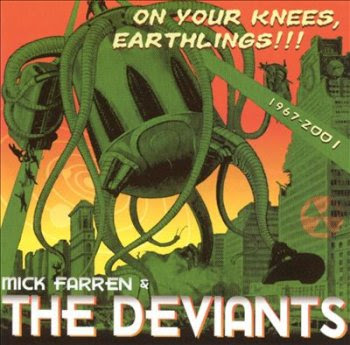 Mick Farren (of Deviants fame) recorded Frank Zappa's 'Trouble Coming Every Day' and released it in 1978 on his "Vampires Stole My Lunch Money" album.
The Deviants released it on "Human Garbage" in 1984.

The track can also be found on the excellent "On Your Knees Earthlings !!!" sampler that got released in 2001.
The album does include a number of unreleased tracks as well, one of which is Dylan's 'It's All Right Ma (I'm Only Bleeding)'.