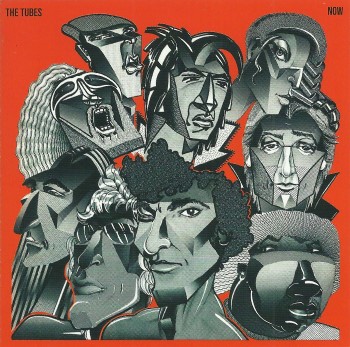 I mentioned the 2004 CD re-issue of this 1977 album by The Tubes a couple of days ago. It has a blue album cover and it has the pictures of the original back and front cover switched.
More recently, the Music On Cd record label did a re-release that looks more like the original album.

The Tubes' "Now" album features Don Van Vliet on saxophone on one track ('Cathy's Clone') and it includes The Tubes performing 'My Head Is My Only House'.