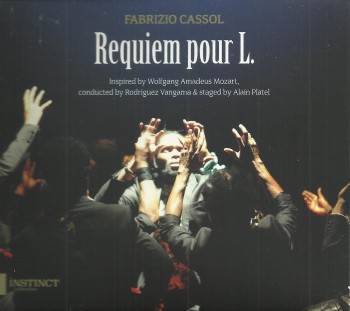 We saw the live performance of Fabrizio Cassol's "Requiem Pour L." a little while ago at 'De Warande' in Turnhout, BE.
Mozart's "Requiem" reworked for African musicians and classical voices.

Impressive. Very impressive. Maybe it was a bit too confronting at times as the performance included a giant screen showing the last moments of a dying woman. Peacefully and surrounded by family, but still rather confronting.

The entire performance made a huge impression.

Out on the Outhere record label.